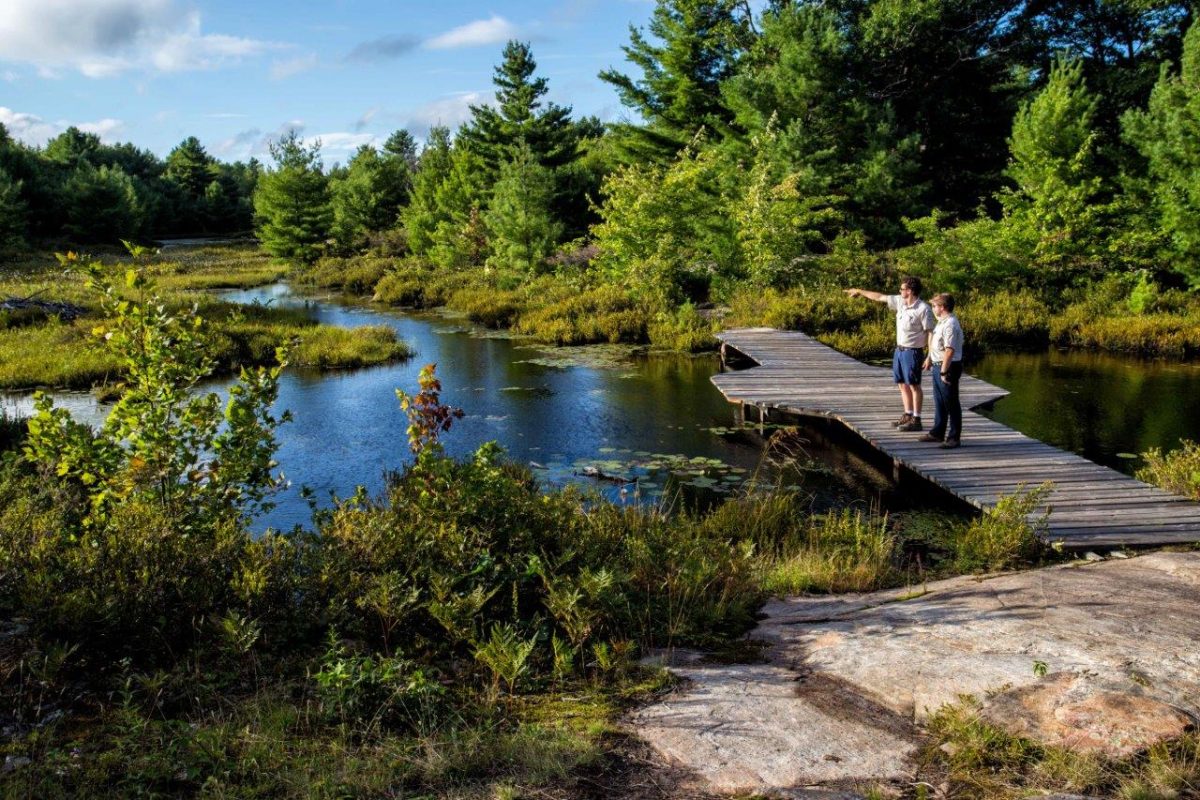 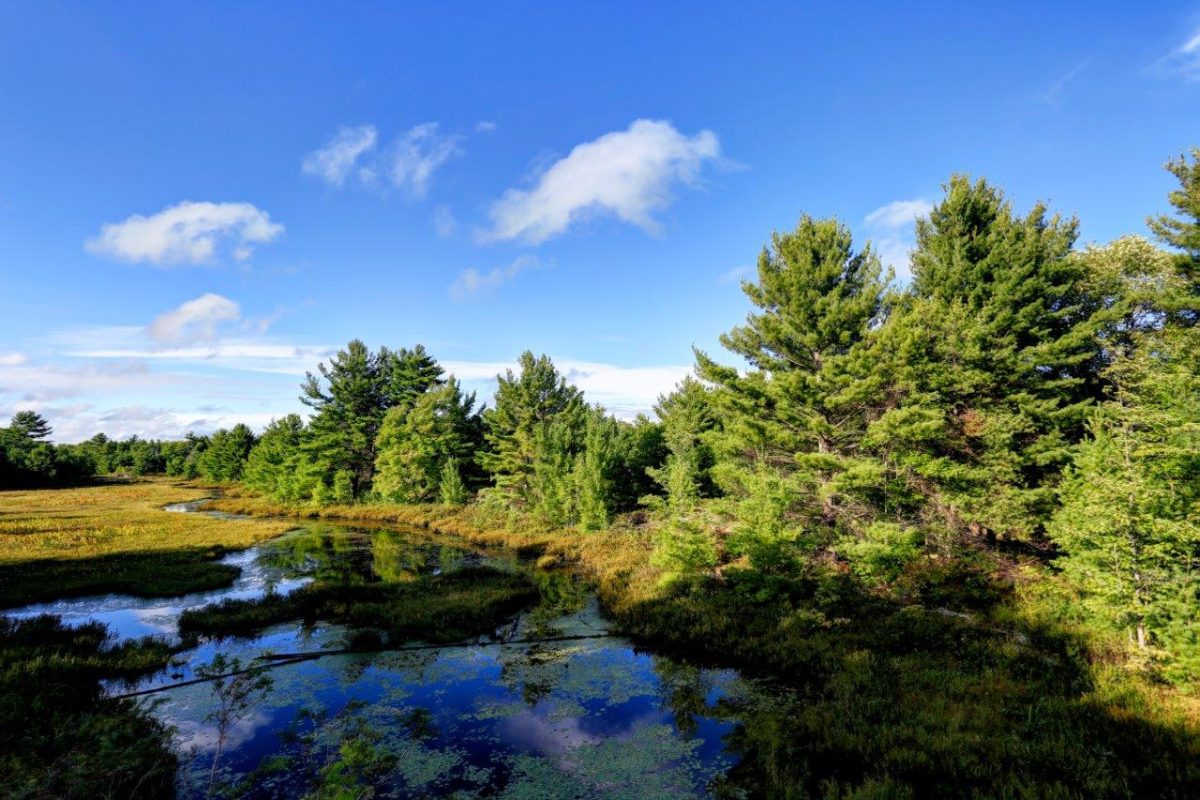 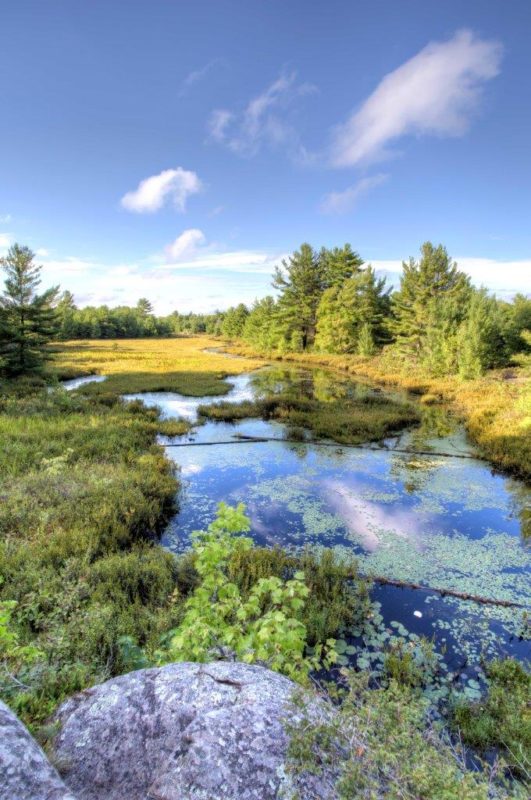 Inspiration for artists– refuge for wildlife

From reptiles to mammals, keep your eyes open for the wide variety of species that live on the edge of the Canadian Shield. This is a “transition zone” where species from both northern and southern Ontario mix.  In the wetlands you may spot moose, typically a northern species, sharing space with green herons, a southern species. The numerous rock barrens provides refuge for reptiles, including Ontario’s only lizard, the five-lined skink. The lake’s shoreline also supports rare Atlantic coastal plains species. These plants were stranded far from their typical range on the Atlantic coast when the glaciers retreated.
This scenic shoreline have been captured by famous artists, including David Milne. Milne is recognized as one of Canada’s foremost painters. He spent four years in a small cabin on Six Mile Lake and remarked in a letter, “If I could pick my own heaven—this is it.”
When you’re finished the hike, enjoy one of three sandy beaches, or set up camp for the night.
The Living Edge Trail, Six Mile Lake Provincial Park – 1 km + optional Milne .5 km loop trail—Easy 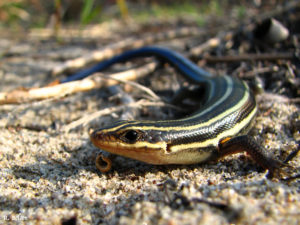 Ontario’s only lizard, the five-lined skink finds essential habitat on the rock barrens of the Living Edge Trail.  You may spot the flash of the bright blue trail as the skink darts between rocks.  The five-lined skink is considered a species of special concern on the Canadian Shield. The Carolinian population is actually considered to be endangered since it survives in only a few fragmented areas near Lake Erie.

Report your sightings of Species at Risk. 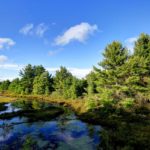 A valid permit required for entry into Ontario Parks – day-use permits can purchased from the main office. 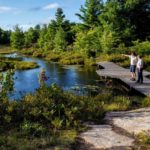 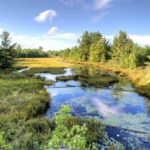