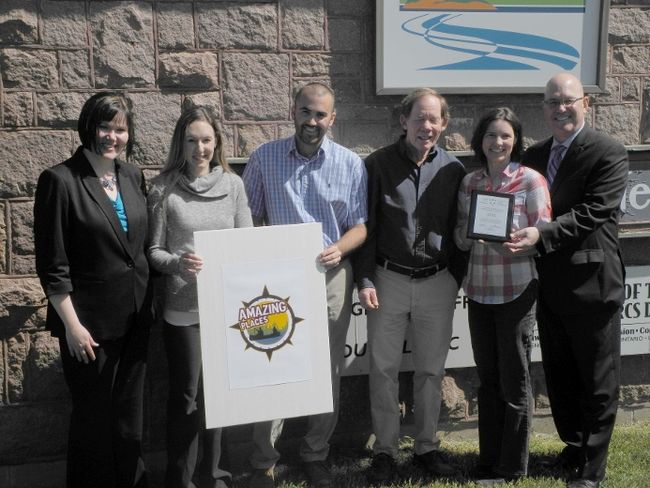 GANANOQUE  The Frontenac Arch Biosphere will share a $260,000 Trillium Foundation grant to promote the amazing places in the area and encourage Ontario residents to appreciate the natural beauty of their province.

The money, to be divided over two years among the Frontenac, Long Point and Georgian Bay biosphere reserves, will be used to hire a part-time employee in each of the locations and an overall project administrator who will work to extend awareness of the reserves to more Ontarians.

Becky Pollock, project co-ordinator, said the project will also expand the amazing places list in each of the biosphere reserves.

The project, started a year ago as a pilot project, invited Ontario residents to nominate amazing places of natural beauty that others should know about. Within three months, the project had more than 200,000 hits on social media. It is modelled on a successful program in New Brunswick, which promoted the Fundy National Park.

Pollack said the idea is to create a bucket list of amazing places that people should see. The sights could be a lookout point, wilderness trail, waterfall or any other hidden gem in the biosphere reserve. The reserves now have 30 amazing places and the goal is to double that in the two years of the project.

The amazing places should be accessible, although not necessarily by automobile because some sights might be available only by boat.

As part of the project, the biosphere reserves will make new connections with local schools, community groups and museums to widen their exposure.

Pollack said the project will include new interactive signs that can be read on smart phones, websites linked to Google maps and traditional printed materials.

Although the Trillium grant is focused on conservation and sustainable development, Pollack said the project will have spinoff benefits in promoting eco-tourism a growing field.

Leeds-Grenville MPP Steve Clark, who helped announce the grant on Friday, thanked the Trillium Foundation for its generosity and commitment to the region and improving the environment in the area.

Clark said the grant is also important because it gets the three biosphere groups working together, making them all stronger.

The public awareness to the region created by the Amazing Places project will provide an economic benefit and serve to enrich the experiences of locals and tourists alike, Clark said during a ceremony at the Frontenac Arch Biosphere office.

Don Ross, vice-chair of the Frontenac Arch Biosphere, said he was excited by the project that will build and bolster tremendous community pride in our sense of place, on not only a provincial, but world stage.