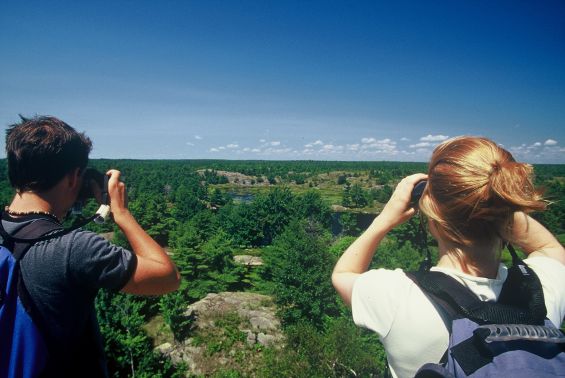 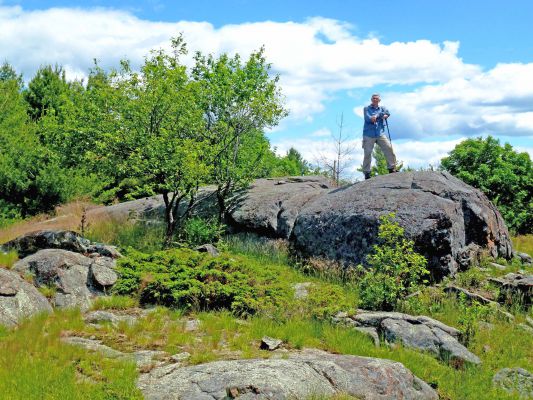 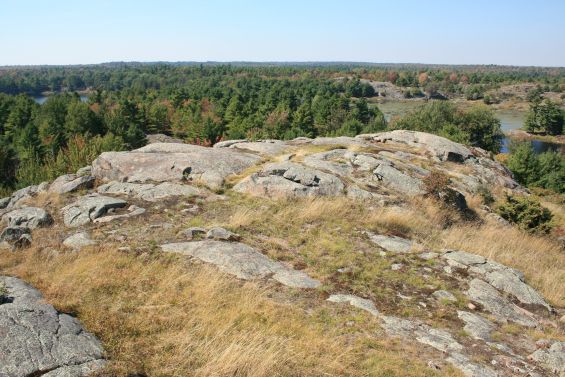 Stand on rocks once buried 20km under massive mountains, look out upon the wildest and quietest place in FAB

Like many of the Amazing Places in the Frontenac Arch Biosphere, Mink Lake Lookout tells an incredible geological story. Although locally rugged, the landscape seen from this lookout gives the impression of being essentially flat. The vastness before you is the result of a very high mountain range that was worn down to near-sea level over the past five hundred million years. On Mink Lake lookout you are standing on rocks that were once almost 20 km deep in the core of a mountain range.

With an elevation of 195.5 m above sea level, Mink Lake Lookout is the highest point in Frontenac Provincial Park. From here, you can enjoy a sweeping view of the landscape of the northwestern part of the Frontenac Arch. And at the same time, you can take a peek into the mysteries of geological time and gain some insight into the processes that shaped the arch as we see it today.

While you hike or paddle the trails to get to the Mink Lake Lookout, look around at the changing habitats as you go from lower wetter areas to the higher and drier elevation of the lookout. This diversity of habitat types allows for many different species to make the park their home.

Amazing Places deserve to be explored by Amazing People. We want to see and read all about your visit to Mink Lake Lookout.  We’ll post your photos and stories here! Connect with us

How to get to Mink Lake Lookout

Driving: After entering Frontenac Provincial Park (6700 Salmon Lake Road), drive further to the parking at the trail head at the west end of Big Salmon Lake.

Paddling: Park in the lot near the west end of Big Salmon Lake, then paddle 45 minutes down the lake to reach the 30 minute hike to Mink Lake Lookout. 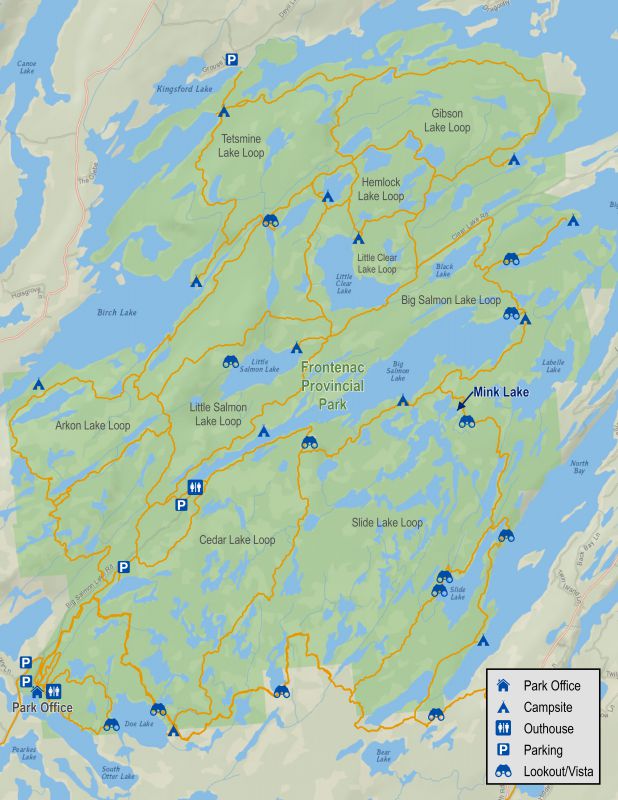 How to explore Mink Lake Lookout

The rocks on which you stand are gneisses and granite. They formed about 1.2 billion years ago, crystallizing almost 20 km deep beneath a mountain geologists name as the Grenville orogen (Grenville being the time period, and orogen from the Greek oros for mountain and gen for genesis of the mountain). The gneisses were once sandstones laid down in a shallow sea on a shelf of the landmass off-shore from the Precambrian nucleus of North America “Laurentia”. The mountains formed when this landmass ever-so-slowly collided with North America, much like the Himalayan Mountains are being uplifted today from the collision between India and the Asian continent. The granites resulted from partial melting of the sandstones when they were dragged down to great depth and changed by the high temperatures and pressures.

But how did these rocks come back to the surface, so that we can stand on them today? While it’s hard to imagine the passage of so much time, it was over 500 million years that the mountains were worn down to sea level, exposing rocks that were once located deep in the core of the mountain range.

The nearly flat erosion surface of Precambrian rocks, nearly flat from a half billion years of erosion, was flooded by a shallow sea that in the Paleozoic Era covered much of the Canadian Shield. Sandstone and limestone formed from silt settling in a sea that once blanketed the entire region. Again, erosion above the still rising Frontenac Arch removed most of the cover of these much younger rocks above arch and exhumed the earlier erosion surface dubbed “Cashel peneplain” by the famous American geologist, Marshall Kay. The limestone of the Kingston area and sandstones of Brockville are now worn by glaciers and constant weathering from the top of the arch, but can be seen on its south-eastern and north-western flanks.

Although locally rugged, the landscape seen from the lookout gives the impression of being essentially flat. Many people think that this is a result of erosion by the successive ice sheets that covered the area during the relatively recent Pleistocene ice ages. But what you see before you is actually the old exhumed Precambrian erosion surface, the core of the ancient mountains. The ice age glaciers polished the rocks and enhanced the relief, but did not affect the overall flatness of the landscape.

The highest point of the lookout is a beautiful example of a “roche moutonn”, a whale-shaped asymmetric rock that indicates of the direction of the glaciers’ movement. The gentle and rounded (up-ice) slope faces north-east, where the grinding ice rounded even this durable rock as it passed over. The steep and broken (down-ice) surface was created where the ice pulled and pried rock from fractures as it passed over to the south-west. This allows us to conclude that the last ice sheet covering the arch advanced from north-east to south-west.

Day use fee applies in the park – $14 per vehicle

Frontenac Provincial Park is located near the town of Sydenham, north of the city of Kingston, Ontario, Canada. The park lies on the Frontenac Axis, a topographic extension of the Canadian Shield, which connects to the Adirondack Mountains, and consists of mixed forest, lakes, wetlands, and granite outcrops. Recreational opportunities include hiking, canoeing, and backcountry camping. Wilderness courses are offered to teach wilderness skills in a semi-wilderness setting. Historically, the park provided important resources for local communities through the logging and mining industries.

The Friends of Frontenac Provincial Park 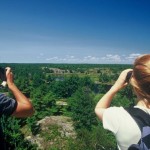 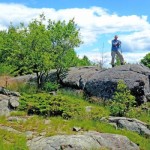 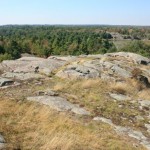