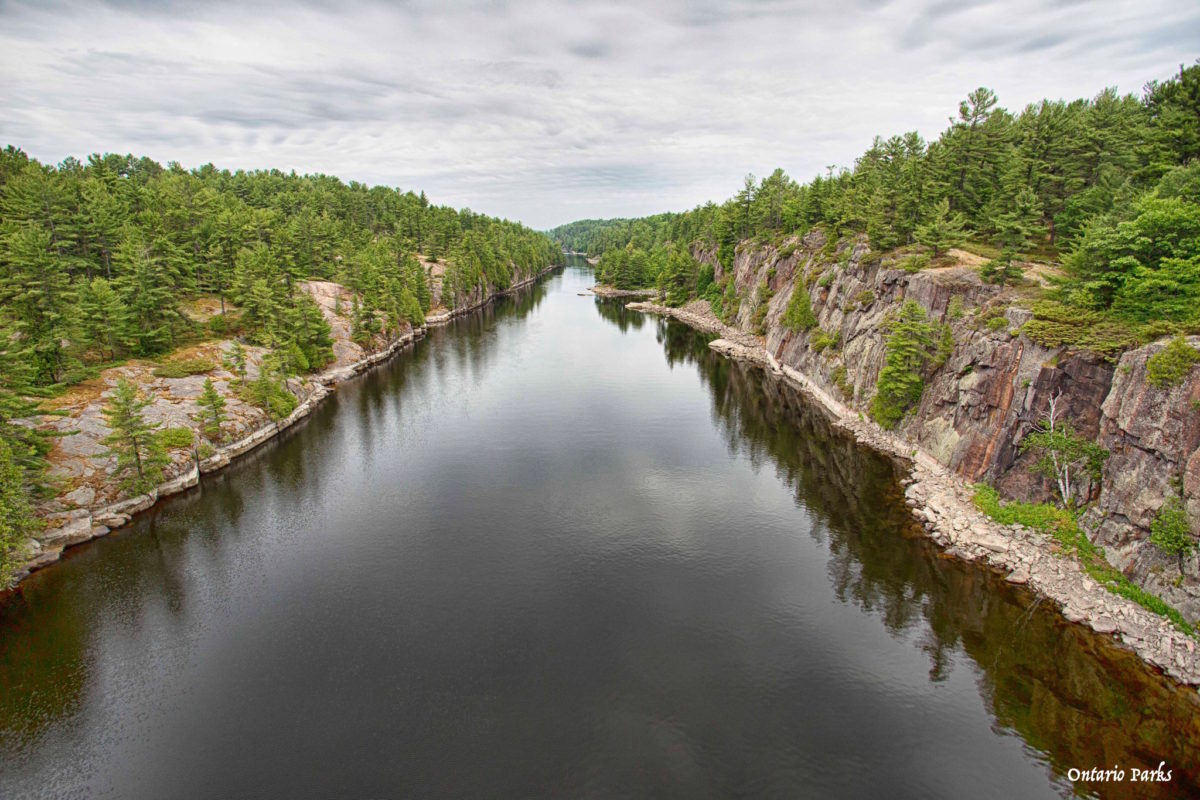 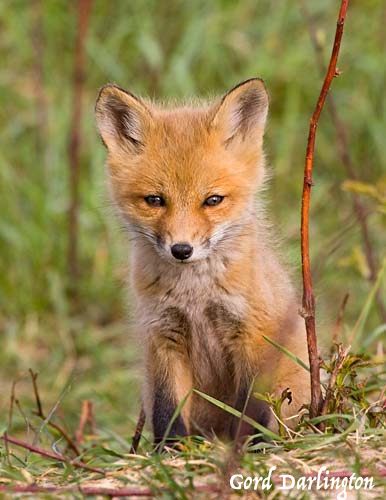 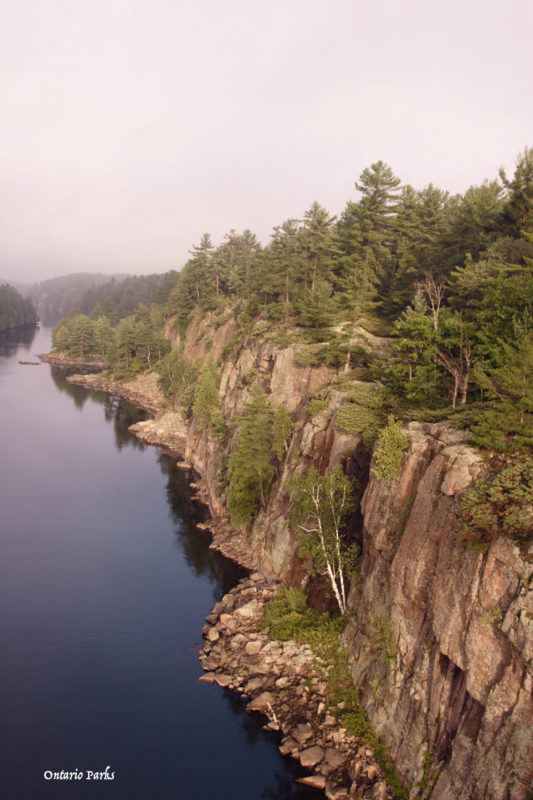 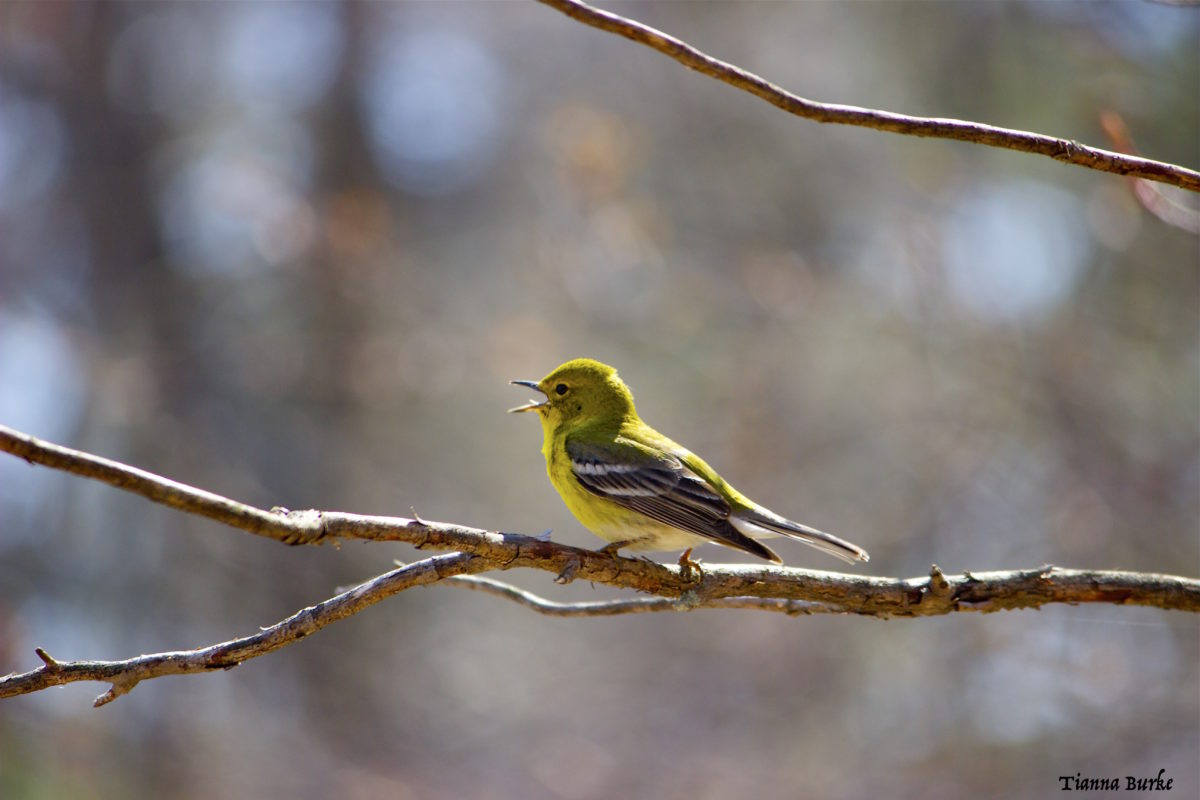 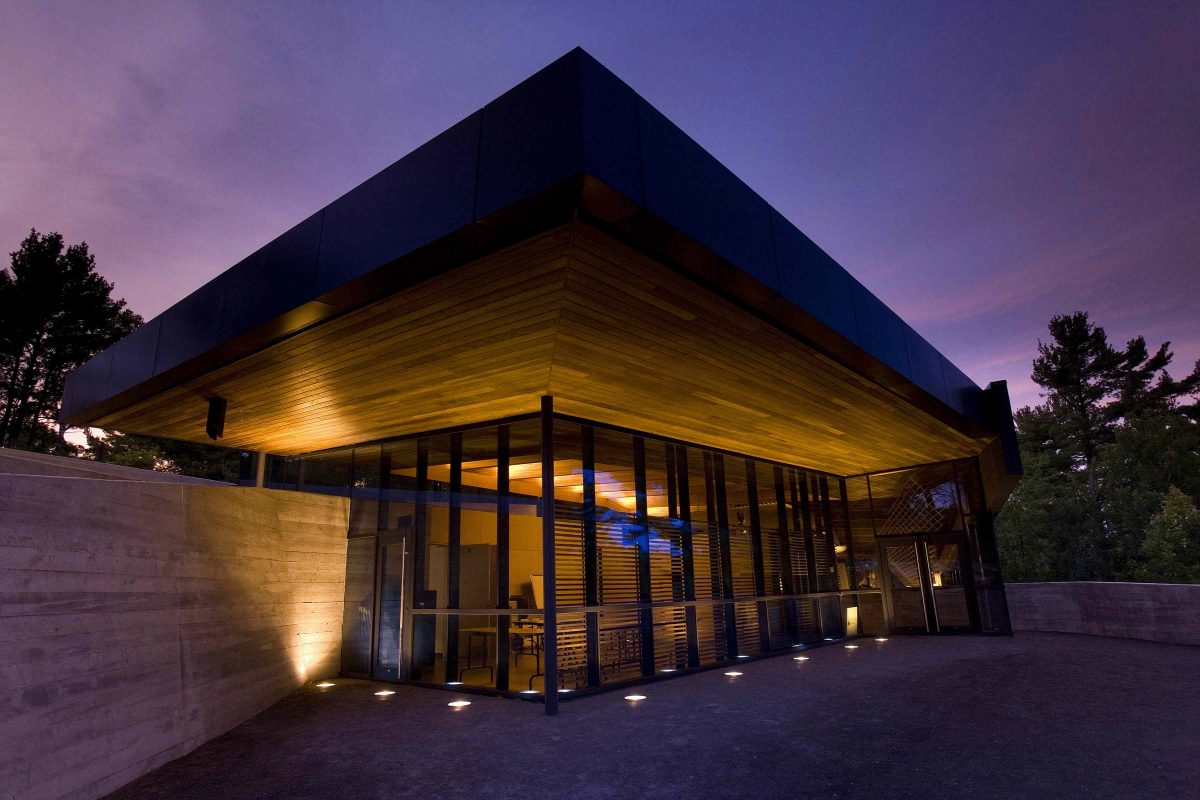 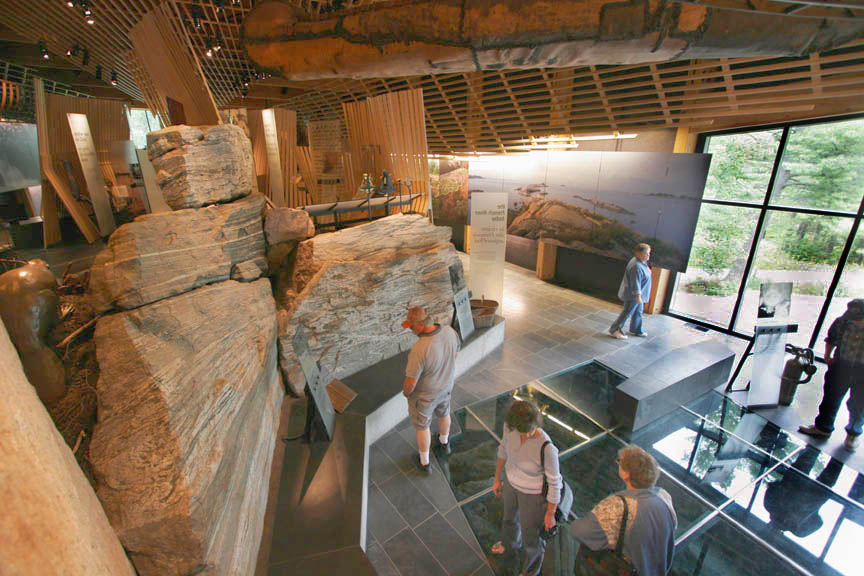 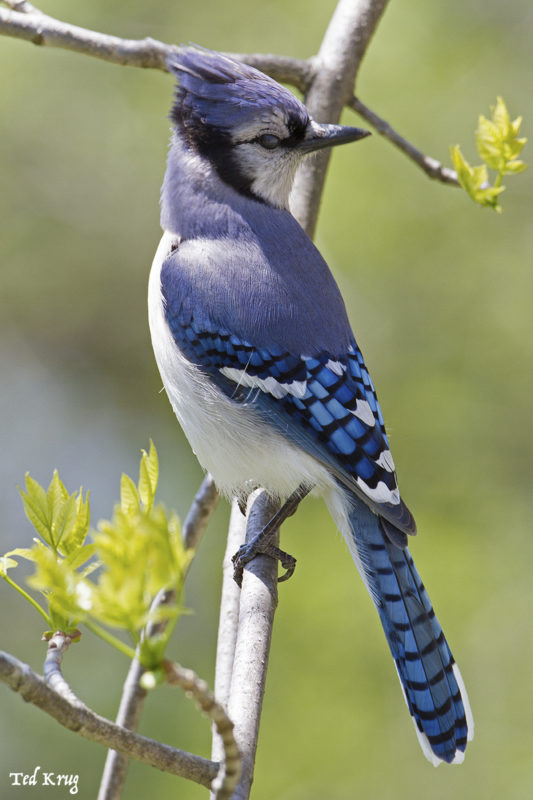 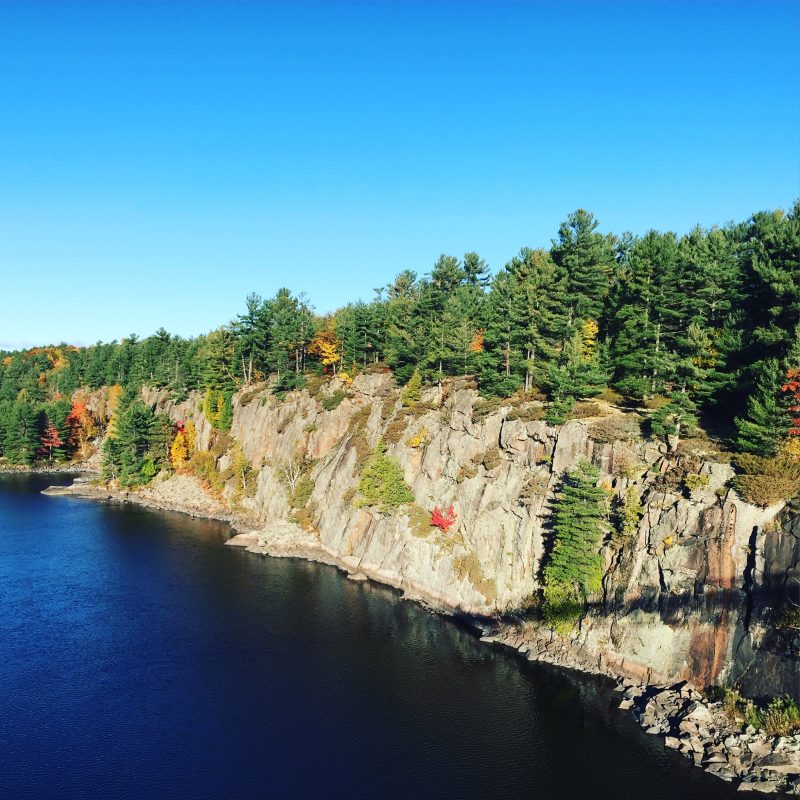 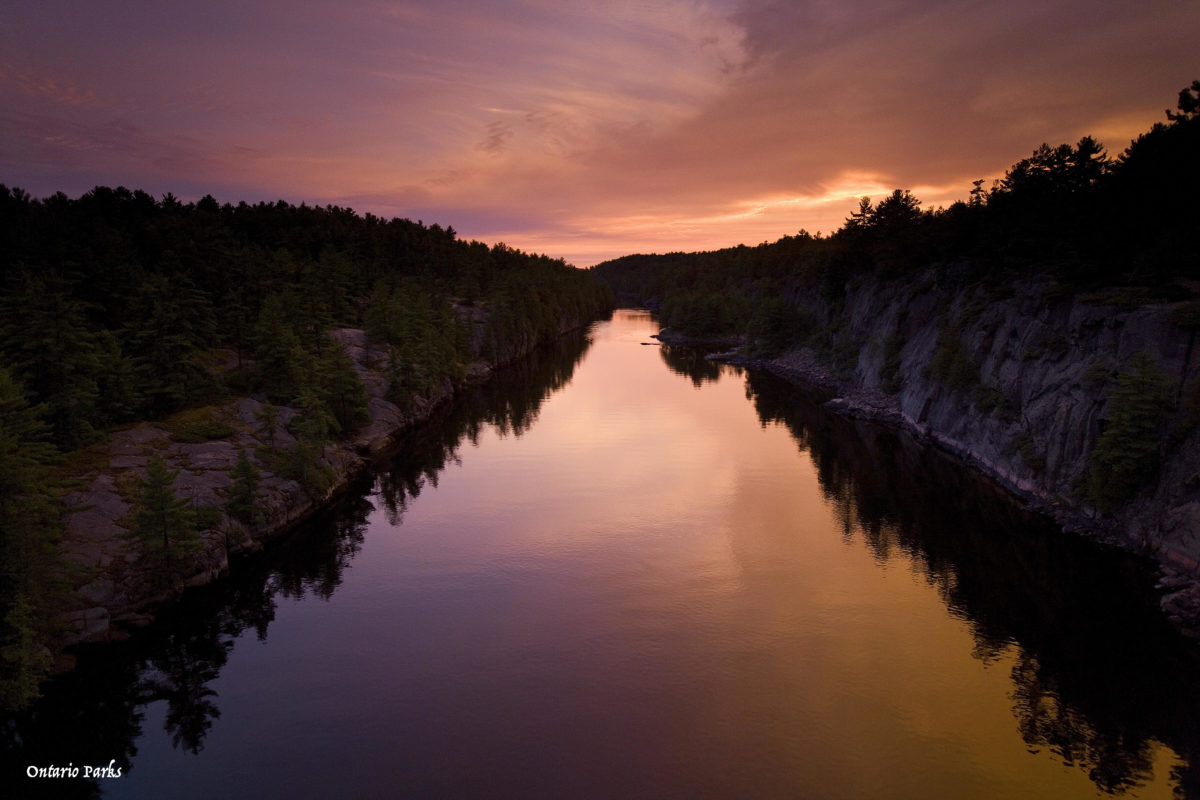 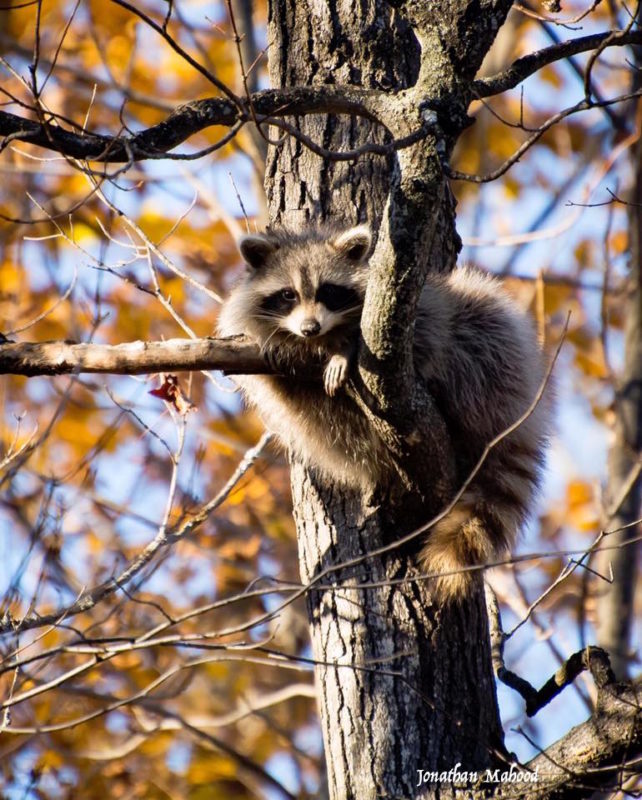 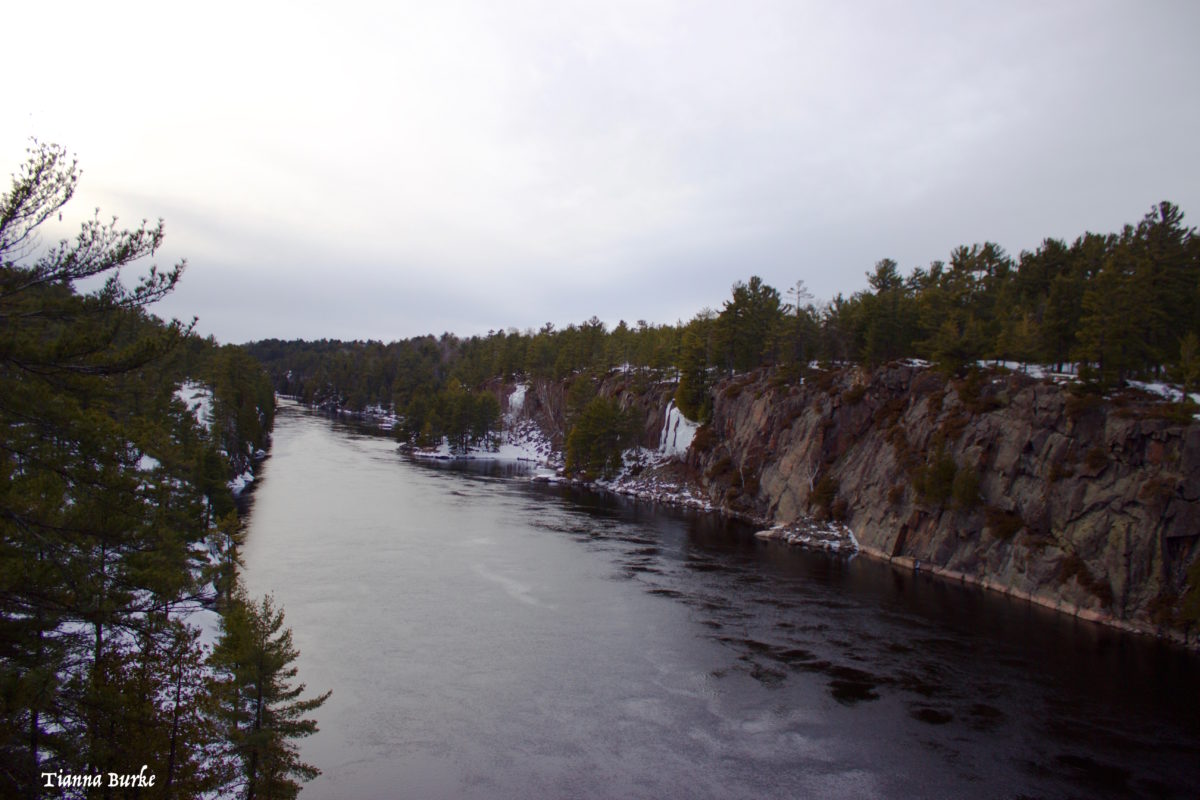 Check out the inspiring views of this stunning gorge.

The French River, running from Lake Nipissing to Georgian Bay, is designated a Canadian Heritage River. “The French” is a historic waterway travelled by indigenous people, European explorers, missionaries, fur traders and voyageurs.

If you could travel back to the early 1800’s, you would see brigades of 11-metre long birch bark canoes, each carrying almost three tonnes of goods. They travelled west in the spring with trade goods and returned to Montreal with furs in the autumn. This 105 km long river is still a popular canoe route today and is managed by French River Provincial Park. The park has an award-winning visitor centre that highlights the history, geology and ecology of the area.

The nearby suspension bridge offers spectacular views of the river’s rock-walled gorge, and can be crossed during the winter. It is maintained by the French River Snowmobile Association, and is the largest snowmobile bridge of its kind in the world!

At this point, the river runs a straight course along an ancient fault line. The Recollet Falls Trail is a moderate hike that also offers wonderful views of the river. The falls were named in recognition of the Recollet missionaries who travelled to Georgian Bay in the early 1600’s.

Many stories of the French River can be heard at the award-winning visitor centre. Under the shadows of large canoes suspended from the ceiling, the “Voices of the River” exhibits takes you on a journey down the French River, from glacial times to the present. The exhibit features stories of people who have lived, travelled, or worked along the river.  The French River Visitor Centre First Nation and Aboriginal Advisory Committee organizes an annual pow wow open to the public in July. 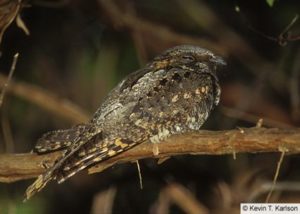 Have you heard the call of the eastern whip-poor-will? Unfortunately, due to their threatened status, they are heard less often however they still find key habitat in this area. Not sure what they sound like? Learn more– Eastern Whip-poor-will.

Please report your sightings of species at risk. 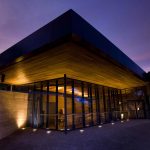 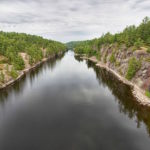 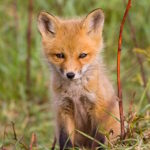 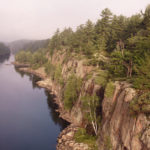 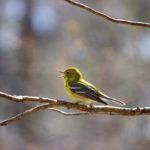 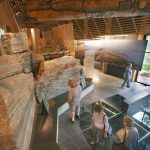 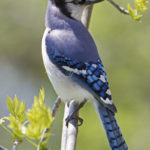 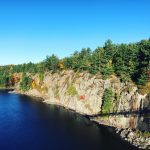 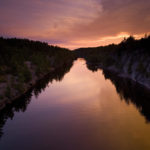 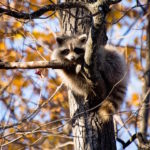 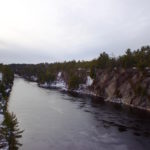 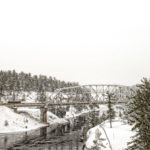